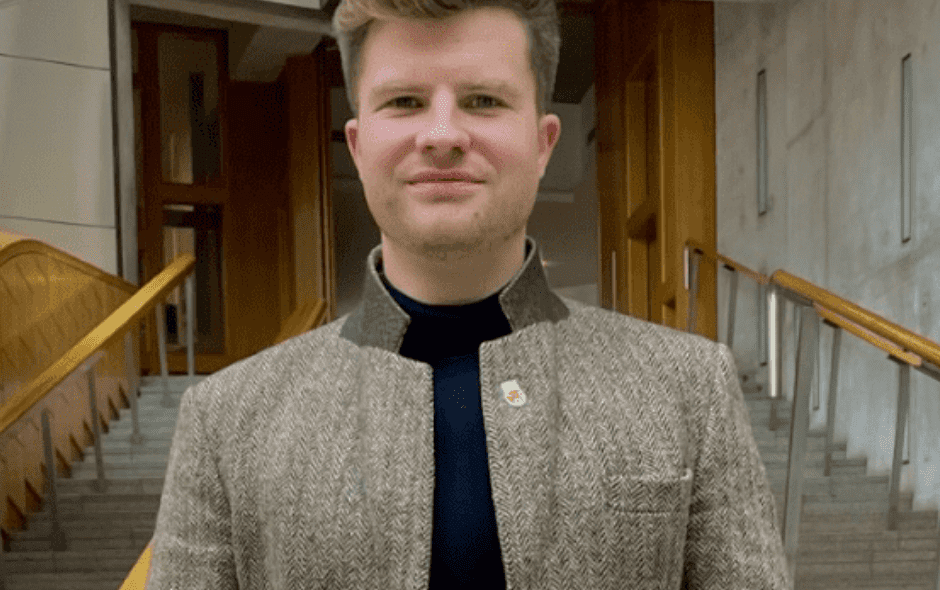 Michael was diagnosed with epilepsy when he was 18 years old. However, he hasn’t let his condition stop him from having a successful career in politics and becoming a trustee for Epilepsy Scotland.

Here he shares his experiences of living with epilepsy, how it has impacted his life and what he would say to someone who has epilepsy who is worried about their career prospects.

How did you feel when you got diagnosed with epilepsy?

It was interesting because epilepsy was something that was completely off my radar.

When I had my seizures, first of all, they talked about how it was quite common in adolescence, boys, in particular, to have seizures even though they are not necessarily epilepsy.

So, for a while, it wasn’t clear that I had epilepsy and then when we discussed it became likely.

Again, because I was on the boundaries of a diagnosis of epilepsy it still wasn’t clear that I had epilepsy for a little while probably after my second seizure.

Since it had been going on for a while, I was kind of eased into it gently. I felt quite supported and I had been to see a neurologist quite a few times before being officially diagnosed with epilepsy.

The neurology teams across Scotland are quite incredible so I felt ok. It didn’t give me any exponential trouble or panic.

Do you feel your diagnosis impacted your life and lifestyle?

It does affect me in terms of my anxiety and awareness of my epilepsy. Anxiety is a big part of it not just for me but for my family and particularly my husband who frankly has to deal with it all.

Practically I don’t have a driver’s licence at the moment.

Thankfully I live in Edinburgh and in a city where I don’t particularly need to drive but if I was somewhere where I did need to drive, it would be hugely inconvenient for me.

Do you feel like you have faced any barriers or limitations in your career because of your epilepsy?

I don’t actually. I’ve talked about it quite openly every time I have been to a job interview and been in the process of being hired or getting a job or setting myself up in the office.

Or just with colleagues making them aware of my circumstances. I’ve never felt that I have been actively discriminated against in terms of employment and my career.

You can never get inside someone’s head but you think that some people might be worried or don’t know what epilepsy means or don’t know whether to them you are ‘normal’.

There are maybe thoughts that go through people’s heads that I am conscious of maybe rightly or wrongly conscious of or perhaps imagining people having.

So, I don’t think there is any structural impediment to my employment experience. But there are these sorts of stigma things behind the scenes that can have an effect on how you perceive or are perceived.

What do you feel employers need to do to better support people with epilepsy?

It is all about understanding. I think Epilepsy Scotland does great things in training and organisational awareness.

You can never do too much to teach yourself about epilepsy and other health conditions and how they affect people on a day-to-day basis and what can be done to support them.

It is about talking and raising awareness frankly. Of course, using services and organisations like Epilepsy Scotland to help them raise awareness as well.

What advice would you give to anyone with epilepsy worried about their career prospects?

It depends on what employment you are going for.

Doing a bit of research about what steps employers have made to employ people with health conditions or to make reasonable adjustments for those who are employed already.

Doing that might give you a lot of confidence because you know the employer has thought about this.

There are support services like Epilepsy Scotland that offer counselling, and advice and can also offer training to employers, and pointing that out to employers is really helpful to do.

If you feel confident talking about your epilepsy and making people aware of what they can do when someone is having a seizure.

There is always going to be this second-guessing from anyone with a health condition on how they are going to be perceived.

But it is encouraging that attitudes are generally improving towards people with disabilities and nine out of 10 people you meet on the street or meet in a job interview will be understanding.