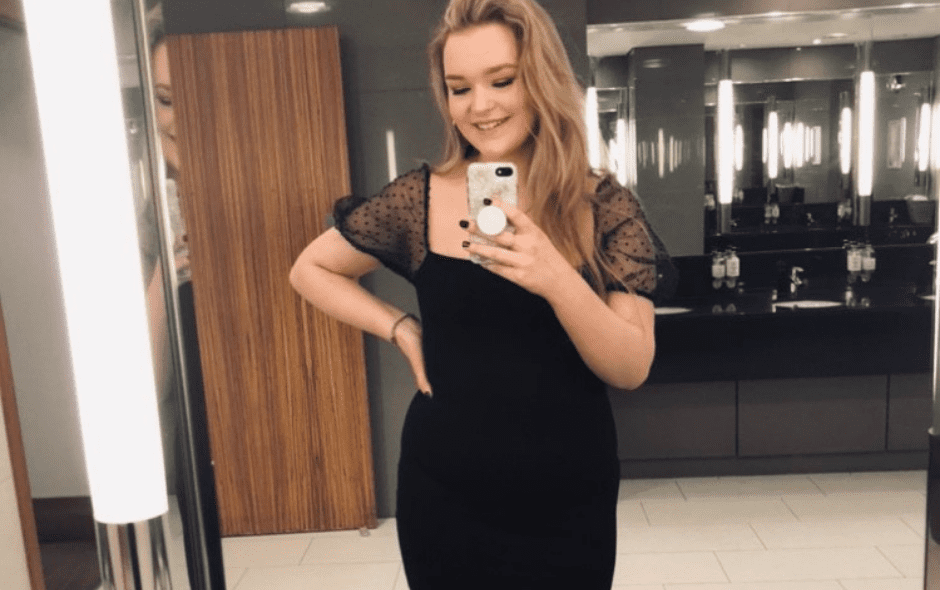 Maggie was diagnosed with epilepsy when she was just nine years old and has been living with epilepsy for nine years. Here she shares her experiences and what she would say to someone who has been recently diagnosed.

The first seizure I had was in the car on the way to school. I was just sitting pretty relaxed, thinking about the Freddo chocolate I had for my snack at school that day.

Then I realised that I had forgotten my cello for my music lesson. The next thing I realised, we were much further along the journey and I was sitting at the door facing my mum, saying “I’ve forgotten my Freddo”, obviously mixing up the last two things I’d thought about.

I didn’t really know what to think as at that age I didn’t know what epilepsy was, and I thought I’d just fallen asleep. But luckily my mum is a GP and she noticed that I didn’t seem right. And with that and my teachers in school, my mum knew she had to get me checked out.

My official diagnosis is focal onset seizures with impaired awareness. But over recent years, I have been having focal onset aware seizures too. The main way it affects me is fatigue – anyone who knows me, knows I am always tired.

I think it is a mix of the seizures and my meds, but I could go for a nap anytime of the day, and still sleep like a baby at night. I do generally get quite bad side effects from my meds – fatigue, dizziness, headaches, weight gain, irritability, etc.

But I would say one unexpected effect is how when I explain my epilepsy to people, I have had some people say “that’s not real epilepsy”.

That they belittle what I have gone through every day of my life since I was nine, and most likely will go through for the rest of my life.

It is difficult to really remember as I was so young. I just thought that I fall asleep sometimes and I need to take medicine for it. I think I never really had to stress because I knew I had my mum to rely on.

Well towards the end of primary school, I was bullied for my epilepsy, and ended up changing to a different school for secondary – who were much better, both pupils wise and the staff.

In S1, I was very uncontrolled and my studies definitely were affected by it and that lasted for a few years. I do sometimes find it difficult that I can’t drive, and that I can’t ever really drink.

Most of the time, I’m ok with accepting those facts, but every now and then, it’s difficult to accept that there are so many firsts in life that I will miss out on.

Specifically over the past six months, my seizures have been really bad. And while I have a great consultant and nurse, am hopeful that it will get sorted out.

It has been difficult to lose my independence again as a young adult. I had to make many changes in my day-to-day life to make things safer for me. And I do feel like a burden a lot, which makes me feel bad for something I can’t control.

My mental health has definitely suffered too, especially with the lockdown.

I have excluded myself socially in fear of having a seizure, getting a bad headache, or feeling awkward about not drinking. And while people try to understand, no one can really, unless they have a condition like this.

Definitely! The fact is I am impacted by my epilepsy multiple times everyday, but most of the time its not even seizures.

It’s medication side effects, hospital appointments, anxiety about seizures, fear of missing out, memory loss, lack of independence, feeling like a burden, losing so much time to sleeping, and so much more.

I would tell them that while they may be flooded with different feelings, to step back and know that they are not alone. For so many years, I knew nothing about epilepsy and how common it is.

It was only in summer 2019 that I started really learning about how this condition will affect me now and later in life, and it was all because of Cameron Boyce’s passing from SUDEP.

He was on the Disney channel when I was growing up and only a few years older than me. So when I had found out he had passed from epilepsy, I just had to learn about epilepsy a bit more.

But I wish that it didn’t have to take such a tremendous loss to make me open my eyes.

A good idea is to join Facebook groups. I am on multiple – ones for people with my seizure type, ones for women, and obviously the Epilepsy Scotland one. I love seeing all the info they post and always share it so that my friends can see it.

I have had people ask me why I share so much of it and it’s simple. I don’t want to be alone with someone and have a seizure, and they don’t know what to do.

And that while it may take a while to get controlled, there is no better feeling than that seizure freedom!