Home » 2021 Election Campaign – How can you get involved? 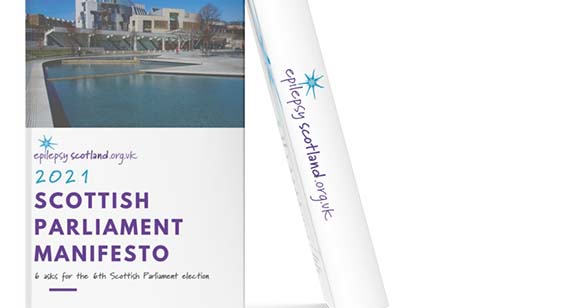 Our Scottish Parliament Manifesto makes six asks of the next Scottish Government and elected MSPs. Our Policy Assistant, Anna Telfer, explains how you can get involved.

In February we launched our manifesto for the 2021 Scottish Parliament Election. Our manifesto outlines six core asks of the next Scottish Government and elected MSPs. You can read our full manifesto here.

The 2021 Scottish Parliament election will determine who will govern the Scottish Government for the next five years.

During that time, the elected Members of the Scottish Parliament (MSPs) will have the power to shape the lives of people living in Scotland by deciding on policy and spending.

Elections offer an opportunity for people to have their voices heard and influence who will be elected.

We are using the 2021 Scottish Parliament election to campaign for better policy to improve the lives of people with epilepsy in Scotland.

It is important that people get involved with our campaign and help us to champion epilepsy.

Lobbying is the act of seeking to influence someone on an issue. Lobbying is a great way to have your voice heard and its easier than you might think. You can:

Some top tips for effective lobbying

Share our posts and asks. By sharing with your friends and families, you can help to raise the profile of epilepsy. On social media, remember to use the hashtag #Epilepsy2021

Vote for the candidates and party who best represent you, your needs and your values.

In the last Scottish Parliament election, only 56% of eligible voters exercised their right to vote.

Political engagement is vital to have your voice heard and encourage change for the better. The more people that vote, the more representative the Scottish Parliament will be.

If you need further support or have any questions about lobbying your local candidates, get in touch with our policy team. ATelfer@epilepsyscotland.org.uk

Together, we can make Scotland a better place to live for people with epilepsy.