Home » Why we created the #TalkEpilepsy campaign 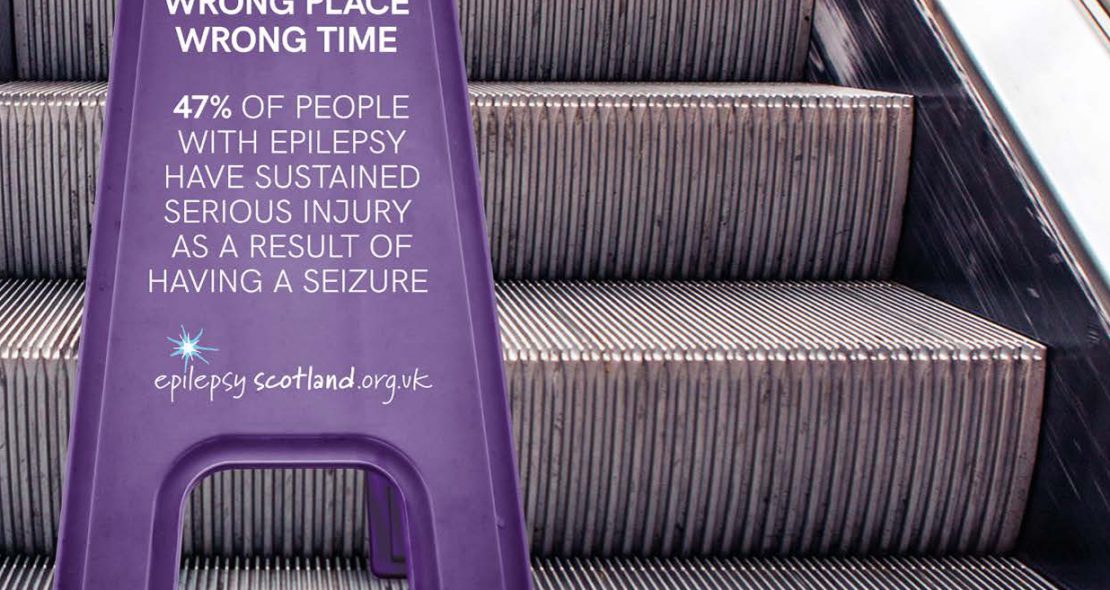 Robyn Friel, Head of Fundraising and Communications at Epilepsy Scotland explains why we created the #TalkEpilepsy campaign.

Epilepsy is a condition that often people know little about, with the exception of a few myths or stereotypes, which can make things even more difficult for someone living with the condition themselves.

We often read stories in the press, on our social media or even watch storylines on TV of people being ignored during a seizure. Even worse being targeted by thieves, and even first aid being administered incorrectly.

After plans were well underway for this campaign, one of my colleagues spotted a story in a local newspaper of a hero who had helped a pregnant woman having a seizure on a train from Edinburgh to Helensburgh Central.  “Great!” We thought, a good news story we can share with our supporters and followers online.

Unfortunately not, as we read on the scene, was described as a “horrific incident”. Witnesses told how a young woman rubbed the patients neck and even placed a pen in the woman’s mouth to prevent her from swallowing her tongue.

Without dwelling on the massively incorrect medical information here (never put anything in anyone’s mouth during a seizure!). The language used by witnesses and the journalist himself continues to build on the stigma surrounding epilepsy.

Of course, we shared this story with our followers as an example of what not to do.  We were now more sure than ever that this campaign was long overdue.

It’s been a long-term ambition of everyone at Epilepsy Scotland to launch a campaign to raise awareness of epilepsy and of the varied work that we do.  Over two years ago now, a colleague and I attended a training session with the aim of “Acquiring and keeping donors”.

During the session we were tasked with identifying what the fundamental problem, Epilepsy Scotland, are trying to solve.  There can be so many issues facing people with epilepsy. We came up with a fairly long list including misunderstanding, isolation, impact on education, employment, lack of information and fear.  Fear of the seizure itself and fear of not knowing when a seizure might occur.

Having a seizure can last seconds or minutes. It can also define how you live your life the rest of the time.  Seizures are with you sometimes, but epilepsy is with you always.

Those few seconds or minutes could result in your death or injury. You don’t know when or where it’s going to happen. That led to our hook for a campaign: Wrong Place, Wrong Time.

This immediately became so much more than a fundraising tool, which we often aim at people who are affected themselves or know someone who is affected by epilepsy because they know the impact the condition can have.

We realised quickly that this idea fed in to a much greater need for awareness for the general public. To make them think about the dangers of epilepsy. The impact it can have on someone’s life and educate them on what to do.

With the approval of the CEO and the Board to go ahead, we were delighted to appoint the SHINE agency to help bring our brief and our idea to life.

From our brief SHINE recognised our objective to break down stigma and they created the call to action “Let’s T.A.L.K epilepsy.  The hashtag #talkepilepsy will help us to do that as well as forming an acronym for first aid for seizures tips.

Are airways clear? – Maintain the person’s airway by tilting the head slightly back. Loosen tight clothing around the neck.

Lead to safety – Stay with the person to make sure they are safe. Move any objects that may cause injury and only move the person if they are in danger. For example, on a busy road or at the top of stairs.

Keep calm – Stop other people from crowding around and protect the person’s privacy. Keep calm.

The first two weeks’ of our campaign, coinciding with National Epilepsy Week, features warning signs with statistics in everyday situations.

By using statistics we aim to make people aware of the prevalence of epilepsy, to grab their attention.  The images used are everyday situations that the general public, which they can relate to. For example, climbing an escalator, waiting at a platform in the station, crossing the road or being out with friends.

We want people to realise that situations like these could pose a greater danger to someone with epilepsy.

Shine tailored the adverts to suit the location. For example, in carriage panels in the Glasgow subway ask – “would you know what to do if someone in this carriage had a seizure?” This will help engage the audience.  The aim of these visuals is that they visit our website landing page and find out more about first aid for seizures.

Different images will be used to follow up the initial two-week phase.  We have used slightly more shocking images with implied danger. Once again in everyday situations that our audience can identify with and recognise the greater danger for someone with epilepsy.

We created a text donate code to receive donations. It also highlights some of the work that Epilepsy Scotland does.  For example, £3 could supply someone with a staying safe with epilepsy guide. Also, it can help to fund a helpline call for someone recently diagnosed, struggling with the condition or even contemplating suicide.

As well as the subway, trams and trains we are sharing these ads on social media to reach a wider audience across Scotland.  During National Epilepsy Week we will see the campaign on a digital 48-sheet billboard in Market Street in Aberdeen.

This is to coincide with an information event we recently hosted in the Bon Accord Centre.  The campaign will also feature in the Press & Journal newspaper and The Sunday Post and The Courier online.

We are looking forward to seeing a variety of different visuals featuring on the escalator panels of Buchanan Street subway.  Each ad placed hoping to reach commuters at every step of their journey.

Encouraging people to talk about epilepsy

Throughout the five-week period the campaign will run, we expect to achieve over 13 million impressions.

We have had some positive feedback so far.  Our first social media post reached over 22,000 people already and been shared 243 times (and counting) on Facebook alone!

We hope that #TalkEpilepsy will become something that can be used for years to come. Not only to raise awareness of first aid tips but to make people with epilepsy feel safer when in these situations.

There is never a right place or time to have a seizure. However, we hope that we can educate people to be in the right place, at the right time to help someone with epilepsy.  We also hope it encourages people with epilepsy to talk, not to hide their diagnosis from friends or employers and to help us to break down that stigma so unfairly surrounding the condition.