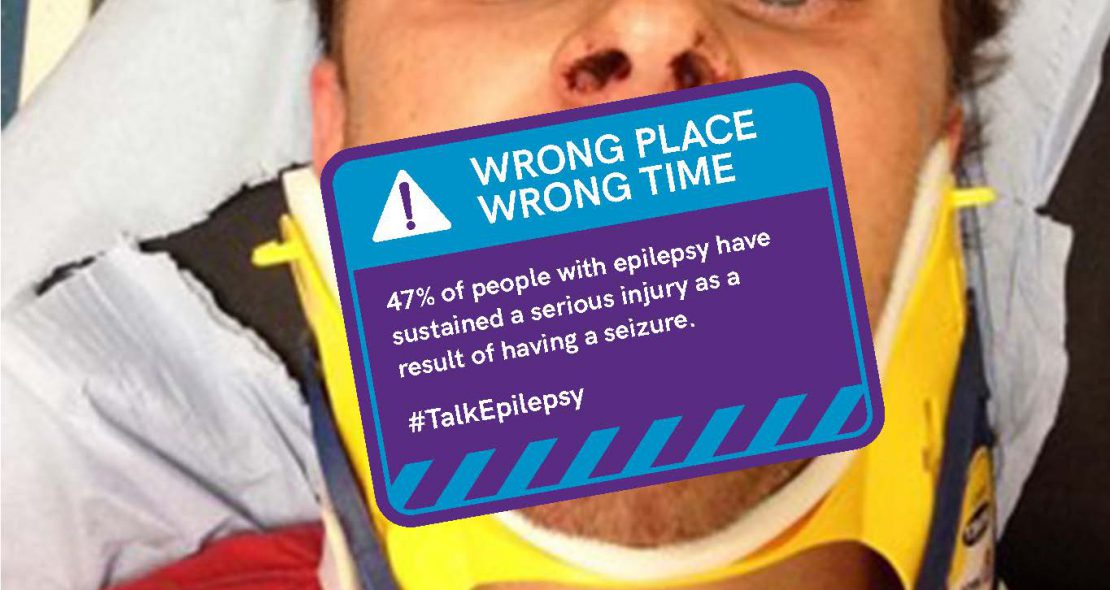 As part of our #TalkEpilepsy campaign we are encouraging people living with epilepsy to share their experiences to help fight the stigma and show that epilepsy is more than just seizures.

Long-time supporter of Epilepsy Scotland, Tom Davies shares his experiences of being diagnosed with epilepsy when he was 15 years old.

Scared, a bit unsure of what it was. I thought it was a lot more serious than it actually was. Now I understand completely what my epilepsy is, what my triggers are, what medication I need to deal with it. What limitations I have.

How difficult was it that you were only 15 when you were first diagnosed?

It was quite scary. It came about after a seizure that I had. The initial shock of what happened, what is going on and then further medical tests, which led to the diagnosis of epilepsy. I was quite a bit scared because I didn’t know anything about it.

When I got diagnosed, I was at the age where I started to go out with friends on a Saturday night. One of my main triggers is sleep deprivation. Things like going out on a night out, staying out late and then getting up the next morning. I suppose the normal things that you do when you are 18 or 19, I had to limit that after a few bad seizures. I had to learn what I can and can’t do.

Can you talk us through the serious injury sustained following a seizure?

This was the main catalyst, which made me really want to get to grips with my epilepsy. I had been on a night out and woke up relatively early to play in a football match. As I said, sleep deprivation was my main trigger.

So, I got up in the morning went for a shower, had a seizure in the shower and not to be overly graphic but I headbutted the tap. It was a lot more visually graphic more than physical injuries that were sustained.

That made me stand up a bit more because it affected a lot of people around me. Where before I felt that this is just something that I have, and I must deal with on my own.

That wasn’t the case, but it was just the perception that I had. This experience was a long haul to get my face back together and knocked a lot of confidence, thinking that I couldn’t go out and lead a normal life.

But the reality is once you are on top of it, the more you understand what it is you can and can’t do, you can angle your life around it. This experience was a massive wake up call, which shouldn’t have happened.

It shouldn’t have got to the stage where I knocked out four teeth, cracked my jaw and my cheekbone. I was in a neck brace for two weeks because I had such severe whiplash. It shouldn’t have never got to that point.

Do you feel that going through that experience helped you to get to grips with your epilepsy?

Yes, 100%. This happened in 2013/2014 and it should never have got to that point because I was always in denial and didn’t tell anyone that I had epilepsy because I thought it was a bit of a weakness.

You don’t want to lose face in front of your friends and your family, girlfriends whoever. Ultimately if I can keep messing about with this, I could get quite seriously hurt and hurt the people around me.

Not as a result of me having epilepsy but me not getting to grips with it. Not taking charge of it.

Do you feel now that you have accepted your diagnosis and come to terms with it?

Absolutely. I’m very open about talking about it, people asking what it is because there is a lot of stigma around what people think about epilepsy.

You can’t do this, or you can’t do that. There is a lot of things that you kind of notice around you. People are unaware. Even though I was diagnosed, I was kind of one of them.

Google it, read upon absolutely everything that you can. Speak to your GP. Find out what is going to set you off. I think a lot of it, especially when someone is young, it is down to maturity.

The first thing I would say to myself aged 15 would be spend quite a bit of time reading up on it, find charities like Epilepsy Scotland, find support groups where you can talk about it, contact Epilepsy Scotland’s helpline.

Do some research into the type of triggers that you have, medication you are on. Ultimately, I have never studied medicine, but I know my medication inside out.

I know that there are certain things I can’t do. If you just meet me in the street you wouldn’t know I had epilepsy but it is a kind of badge of honour that I have, where I am not ashamed to say that I have gone through quite a bad time with it but I know that people go through a lot worse.

In that respect I do feel quite lucky and feel quite privileged that I am able to be at a point where I can read up on it and tell people that it is not as bad as it seems.

For first aid information and to learn more about Epilepsy Scotland’s campaign go to www.epilepsyscotland.org.uk/letstalk.