Home » My story of living with epilepsy 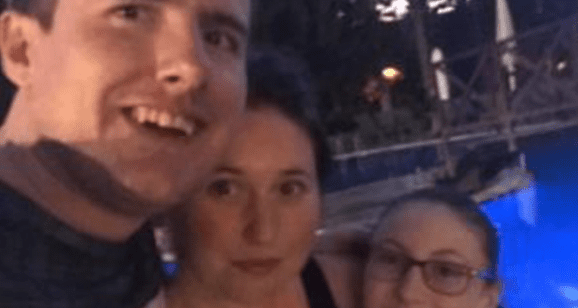 Ryan was diagnosed with epilepsy 20 years ago aged just 12. Here he shares his experiences of growing up with epilepsy, challenges he has faced and what advice he would give to someone newly diagnosed.

I was diagnosed 20 years ago – aged 12. It is thought that I could’ve been having absence seizures as early as seven years old though. Teachers used to comment about how I would “day-dream”.

When I was diagnosed, I honestly did not know what to think or do. I didn’t know what epilepsy was.

I never really thought about it – I tried to just carry on as normal. When we went to the doctors, I was kept out of the conversation for the most part and at home it was never really spoken about unless I’d had a seizure – or my family were talking about it.

I had my first tonic-clonic seizure in my mum’s house – in the hall. I fell, onto the laminate and must’ve been hitting off the wall – as I was in a lot of pain after it, I remember coming around and paramedics attending to me.

I lose all sense of awareness and just stare. The teachers called it daydreaming.

I have around three to four periods of myoclonic seizures per week. These are particularly violent. They throw me across the room.

There isn’t an object in the house I’ve not been thrown into including radiators, doors, through mirrors, cupboard – even thrown onto roads when outside.

These are very debilitating, painful and create unimaginable panic. They can often lead to tonic-clonic seizures.

I also have tonic-clonic seizures, on average twice a week. These are violent, bloody and debilitating.

These can follow on from myoclonic seizures but can often be spontaneous – night or day.

I’ll drop to the ground if not in bed – my whole body will begin to violently spasm, my eyes will roll into the back of my head, my face goes grey, my lips blue from lack of oxygen, blood flows from my mouth as I bite my tongue and the inside of my mouth.

When I come round, I am groggy and have no idea of what has happened.

Also, I have the most painful headaches ever and I am physically and mentally exhausted – and more often than not there is an accompanying injury.

It usually takes me between 12 and 24hrs+ to recover.

Epilepsy comes with a million challenges. Growing up wasn’t great, I was on a different medication regularly.

These either didn’t work, made things worse or changed my behaviour in a very negative way – including making me suicidal. It was traumatic after the diagnosis.

I often feel like a burden to those around me. I’ve had mental health issues, a long list of serious injuries and incidents which could’ve been much worse (like a lot of people with epilepsy).

Staying in employment long term is always a challenge, even getting employed is a challenge if you mention it.

The biggest challenge I have had is getting any sort of control over it – my epilepsy is refractory. I am yet to find a medication which can help.

Epilepsy is 100% more than seizures.

It’s the injuries, it’s the very regular scheduled and unscheduled hospital trips, it’s the medication you take, it’s the mental toll it takes, it’s the effects of the seizures, it’s the recovery period, it can stop you doing certain things or at least make it harder, its almost like a social defect and much more.

My advice to someone just diagnosed with epilepsy would be to ask questions and talk about it.

It’s a part of you now but it won’t define you. Get to know your epilepsy and what agitates and doesn’t agitate it.

I just wish people took epilepsy more seriously. I wish they’d grasp that there is more than one type of seizure, I wish they understood how dangerous it can be and the toll it can take on the person and those around them.