Home » My experience of studying abroad with epilepsy 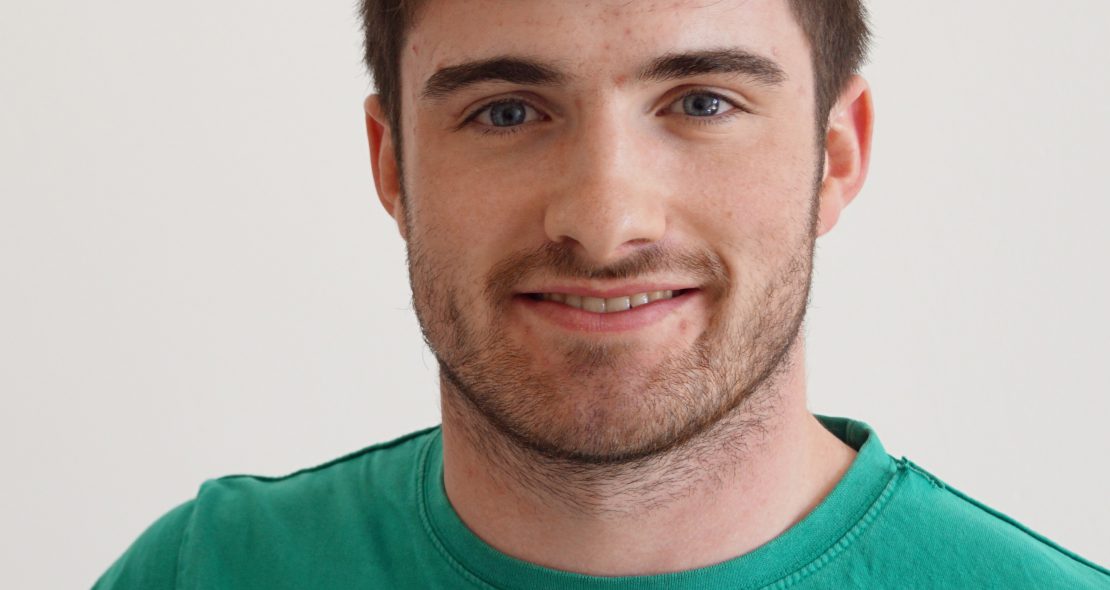 Our #TalkEpilepsy campaign aims to encourage people living with epilepsy to share their experiences.

University student, Milo Trainor Moss shares his experiences of studying abroad with epilepsy and having seizures while travelling overseas.

I was diagnosed when I was about seven.

It was a long time ago and I have grown up with it throughout my whole life and it is hard to know anything different.

I started having so many seizures that I didn’t know what to think.

I didn’t see someone having a seizure until I was 16 years old. So, I never really appreciated what it was like to watch someone have a seizure.

Once someone with epilepsy sees someone have a seizure it gives you more perspective.

Up until that time, I had so many seizures that I didn’t think it was that big a deal until seeing someone have one and I then appreciated why some people are quite scared and concerned.

Pretty much everything. The majority of my seizures are only ever in the mornings, so I have been able to control that.

Challenges wise, when you come to University it is a big challenge, as my primary trigger is sleep deprivation. That is a huge thing to control. You have to be very rigorous about what time you go to bed and what time you get up. I guess the big challenge is you can’t go on an impromptu night out till 3 o’clock in the morning.

You recently decided to study for a masters at Utrecht University in The Netherlands. Do you feel that has helped your epilepsy?

I did my undergraduate in Edinburgh and when I started my degree, I had multiple seizures in a day.

It was caused by a variety of different reasons. I really wasn’t well at all at the start of my degree.

Eventually, I stopped having as many seizures. Towards the end of my undergraduate degree, I realised when I had a lot of University work to do, it meant I didn’t have as many seizures, which was good.

I thought at the end of the year, it was perfect time for me to go and study elsewhere. My two options were Leeds or Utrecht. Obviously, Leeds is a lot easier. It would have been not maybe a safer option but one where I would have had a lot more confidence and be more familiar.

Obviously, Utrecht is in a foreign country. I thought it was still a safe option, as everyone speaks English, so it wasn’t too much of a worry.

It has been good for me in a way because I have so much work to do and my timetable varies so little that I can control my seizures very well.

In a way it has been beneficial, and I have been very lucky and pleased with that.

Where there any differences in terms of support for people with epilepsy?

In my experience the support that people with medical conditions in Edinburgh was very good. There were very open to make adjustments. They would change exams, anything you needed changed to give you the best opportunity to perform as best as you could.

Personally, my adjustments were later starts, as my epilepsy was worse in the morning. My exams were moved to the afternoons, I got extra time and separate accommodation in case I had a seizure in the room.

All these considerations were made, and they rescheduled everybody’s exams, so they were in the afternoon. An awful lot of work was done to allow me to do that in Edinburgh.

Now that is not the case in Utrecht. They have been able to provide me with extra time but having a later start time for exams was something nobody had ever thought about before.

I have managed to get the support that I need but they recognise here, there support for people with medical conditions is very poor.

It has taken quite a lot of effort to get the support I need but I would definitely say that support for people with medical conditions and the impact it has to help people do their degree is far less in the Netherlands compared to the UK.

Having said that, I have received some good support. I secured accommodation quite close to the University, which is very hard to get to given my health condition.

But the academic side isn’t well supported.

How did you feel when you were travelling on your own in a foreign country?

Travelling on my own wasn’t really a consideration. I have travelled an awful lot on my own. I have been to Australia and the US and have had seizures on my own.

I have dealt with having seizures on my own in a foreign country before. It was a consideration, but it wasn’t a fear.

If people don’t know what to do, the chances are they are going to call an ambulance if they see someone have a seizure.

Even if they haven’t injured themselves or haven’t had a seizure longer than five minutes and don’t have to go to hospital.

I can control my epilepsy quite well, in the sense that my seizures only happen in the morning. They only happen within the first two hours of waking up. If I am awake two hours before I leave the house, I am confident I won’t have any seizures during the day.

So, I am lucky in that sense.

It very much depends on your age. The challenges that you face at different ages are different. I have gone through my teenage years with epilepsy. I know if you are diagnosed when you are 18, it is instantly more challenging.

It is obviously a scary thing to have when you are diagnosed with epilepsy. I have always found it helpful to try and understand the condition as much as possible.

Then when you understand it as much as possible, you can try and control it in a way.

My two pieces of advice is to get in touch with a charity or a support group and research the condition and understand it better and see what you can do.

Controlling epilepsy with lifestyle not just medication is an effective way to control it.

I have tried a wide variety of medication, but my epilepsy is pretty much drug resistant. The majority in which I control my epilepsy is with my lifestyle.

How much sleep I get and what I eat. I regulate it in that sense. I think that has been very effective and is something anyone can do.