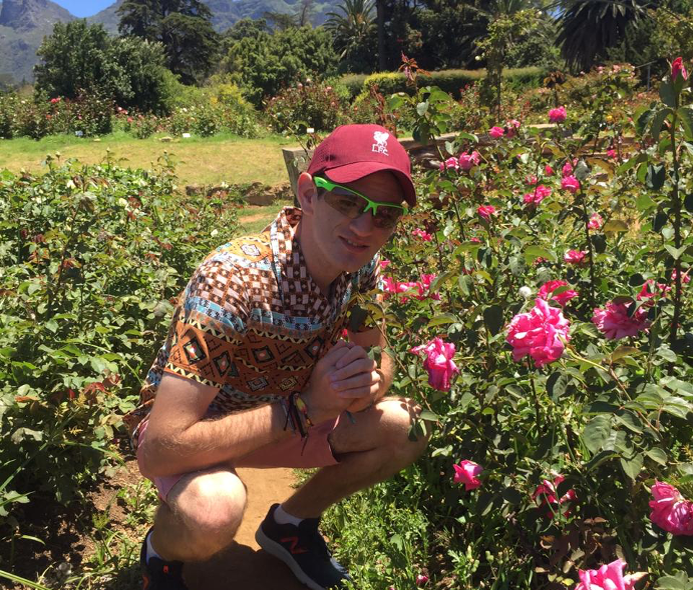 Matthew was diagnosed with epilepsy when he was 14 years old. Here he shares his experiences of living with epilepsy.

My name is Matthew, I am 24 years old and I have lived with epilepsy for 10 years after a hockey accident in November 2011 that caused a traumatic brain injury (TBI).

Various emotions ran through my mind when I had the accident. However, I was more afraid when my neurologist indicated trauma to my brain and then the diagnosis of epilepsy.

I was afraid of epilepsy as it was unknown to me and throughout life and being diagnosed I have learned epilepsy is an unexpected challenge to be faced every day.

My first seizure was in January 2012 in Cape Town, South Africa when I was playing with my dogs in the garden.

I had never felt so helpless and afraid after I started losing vision and my body involuntary went to the floor. My heart was beating so fast I felt it against my chest.

It is probably one of the worst experiences in which I have faced as I was helpless in helping my mother and sister who were with me.

I cannot recall anything other than having the seizure and it was over five minutes long and I was taken to the hospital for immediate treatment.

From 2012 to 2014, I experienced uncontrolled tonic-clonic seizures and auras. In 2014, I had two brain surgeries where my epileptologist removed a part of the occipital lobe to reduce the number of seizures.

I now live with absence seizures. I have faced seizures in public areas and as a very active person, I have had seizures playing golf, running, and at varsity.

In high school, I faced self-esteem and confidence issues after being bullied. Once I was diagnosed with epilepsy due to having uncontrolled seizures I was forced in high school to quit sport.

I felt like a failure for the first time in my life. Once I found my true self after transferring high schools. I grew spiritually, mentally, and emotionally.

I took the challenge and turned a setback into a comeback. To overcome your giants which intimidate you the best way is to stand in front of them. I stood in front of the whole high school and spoke to the students regarding epilepsy awareness.

I grew in confidence after becoming a South African epilepsy ambassador and nearly obtaining a contract for the International Board of Epilepsy Africa. Also, I motivated lecturers and students regarding epilepsy awareness and its importance.

When I went back to university in 2020, I’ve built my body and mind through alternative sports of power walking, strength training, yoga, and golf.

I’ve become a committee leader for a sport and taking charge has helped me grow in my degree. After all the challenges and obstacles I have faced in my life I try.

I believe epilepsy has taught me more about being knocked down, struggling, and reaching my dreams as I have proved anything is possible when I’ve overachieved people’s expectations.

Affect on my family

Since I was diagnosed my mother has walked every step of the way. Epilepsy isn’t just about the affected it’s also about those who are affected by it.

I believe my mum is a bigger epilepsy warrior as she’s had hope and faith when I thought no miracle was possible.

My mother knows everything about my epilepsy history. But having a seizure near her is probably the worst due to her becoming so emotional because of her unconditional love.

In the beginning, everything may seem like a maze, but you’re not lost, just remember every time you fall or get knocked down pick yourself back up.

You will be challenged but you have to be brave and courageous because, in the end, you have a purple army behind you. Roar like a lion and be the epilepsy warrior you are meant to be.

Epilepsy builds your character, every obstacle leads to the destination. The journey may be long and winding but it’s not a sprint.

We are all unique and that’s what makes every individual with epilepsy so special. Epilepsy warriors are lions who roar amongst mountains.

If you would like to share your experiences of living with epilepsy, please email David Coates our Communications Officer at dcoates@epilepsyscotland.org.uk, or call 0141 427 4911.