Home » Living with epilepsy: My experience 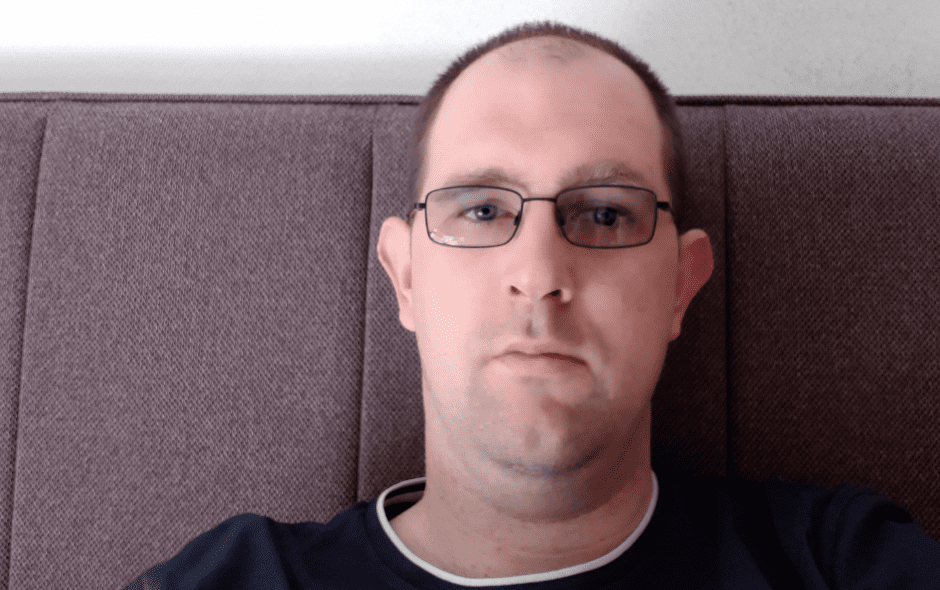 How did you feel when you were first diagnosed with epilepsy?

The main thing for me was being able to drive because of the job I was able to do and various other things such as my independence but then being hit with epilepsy kind of turned my world upside down.

You just learn to live with it and learn to adapt. It did hit me like a brick wall.

I have more absence seizures than I do tonic-clonics. With the absences, I just feel really drowsy and lost. But I just learn to get along and find out what is causing them.

With my tonic-clonics I just feel knackered, feel drunk, it feels like I have been on a bender but I know I haven’t.

Probably a bit of stress. It is a hard one to answer. My wife grew up with epilepsy and has taught me how to adapt my life.

Don’t let epilepsy define you. Take back control of your life.

It is stressful in terms of job-wise. There are certain jobs I can’t do which I would say I would like to do. You are always stuck with that stigma I suppose with your epilepsy that you can’t do this or that but why let it stop you?

You are still the same person but unfortunately have this condition that limits you in some ways but what is there to stop you from achieving what you want to achieve?

How have you adapted to having epilepsy?

Changing my diet is probably the biggest one. I used to eat a lot of junk food, drink a lot of fizzy drinks. I wouldn’t say I drank excessive amounts of alcohol. Since I moved up to Scotland, I haven’t really drunk a lot so it has never really affected me.

Change your lifestyle more than anything, going to the gym, cut out the rubbish I used to eat, just making small changes can really help in the long run. Even doing mediation.

If you get too tired just sit down and just chill out for a little bit, if I need to sleep, I need to sleep. Just small things can make a big difference.

Absolutely. What I used to say to people when I did presentations at workplaces is look epilepsy can be like an iceberg. You can see the top but you can’t see underneath how big it is.

It can bring people down because they probably had one or two seizures that day, they look totally knackered, miserable. Let people in.

Don’t hide the fact that you have epilepsy. I think more understanding of epilepsy will help a lot of people.

I know the support of Epilepsy Scotland that I am getting myself now, people there are experienced with this condition. It’s how you live with it and how people understand what to do in the event that someone has a seizure.

What would you say to someone who is newly diagnosed?

Don’t let it change who you are as a person. Still be the same sort of person. Nothing has changed. You have got a condition which will stay with you for the rest of your life, just learn to live with it.

You may have to make small changes in terms of how you deal with epilepsy but your personality, sense of humour don’t let that change. Still be you.

People will be there to support you such as family and friends. Understand what epilepsy actually is and what you can do to learn to live with it.