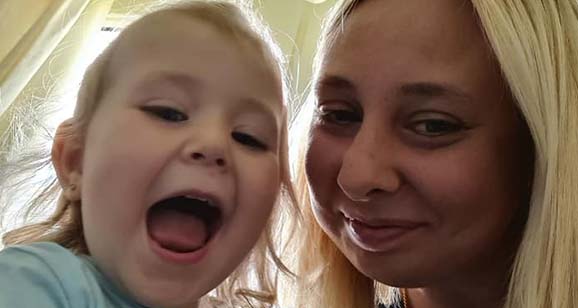 Fundraising has changed dramatically over the last year and we are forever thankful to each and every one of our supporters who are constantly thinking of new ways to raise funds and awareness.

This week, we speak to Naomi who has been busy organising online raffles with a group of her friends.

Naomi started organising online raffles in June 2020 and received such a great response that they have kept it going each month, raising over £813!!!!

Naomi said: “We decided to do a weekly bonus ball at £2 per number. Our aim was to raise a hundred pounds or so for each charity so we were chuffed people continued to support the raffles.

There became a nice social element to it and we now look forward to a Saturday night when we do the draw!

Why I decided to raise money for Epilepsy Scotland

Naomi told us about a seizure she had in 2020 that she found one of the hardest to deal with and why she chose to raise money for Epilepsy Scotland.

She said: “I went into Status Epilepticus walking down the stairs into St Enoch Subway Station where I then fell down the stairs, after spending some time in hospital recovering from my injuries my work colleagues and I decided we wanted to raise money for Epilepsy Scotland.

We decided the way to go was the 5K Supernova run at the Kelpies in March something fun.

After raising a small amount of money between us Coronavirus sent the country into the complete unknown and the event was cancelled.

After a few months of being stuck at home on furlough and seeing our charities starting to struggle with fundraising, a friend Suzi and I opened a page on social media and invited some friends.

We decided to do a weekly bonus ball at £2 per number. The idea behind this was to sell each number at £2 each week and split the money taken, half to the winner and the other half going between two charities Epilepsy Scotland & The Scottish Orange Home Fund.

We thought if we could maybe raise a hundred pounds or so for each charity then great!

Fundraising seemed to be facing challenges throughout the pandemic with events being cancelled etc. So we knew we would like to do something to try and help.”

If you would like to organise any fundraising with friends and family, we would love to hear from you! Get in touch today and we can chat through ideas by emailing fundraising@epilepsyscotland.org.uk.