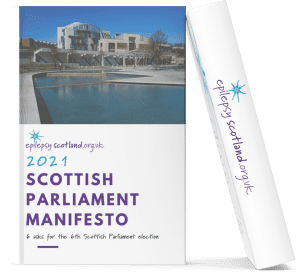 We are excited to launch our 2021 Scottish Parliament manifesto.

This year, people in Scotland will cast their vote in the Scottish Parliament elections, Thursday 6 May 2021.

The Scottish Parliament election will decide who will govern the Scottish Government for the next five years. This determines how policy is decided, where money is spent, and, to an extent, shapes the lives of people living in Scotland.

Elections are the main way for people to voice their opinion on policy, spending and the trajectory of the country.

Manifestos form the base of political campaigns. Political parties detail how they would govern the country if elected in their manifestos, including policies and spending commitments. People then usually vote for the party or candidate which reflects their interests.

As this is the sixth Scottish Parliament election, we decided to make six asks of the next Scottish Government and elected MSPs. We believe, if these six asks are met, they will improve the lives of those living with epilepsy in Scotland.

Our six asks are:

Our manifesto will inform our election campaign over the coming weeks and months. Stay tuned to find out how you can get involved!