Home » Adapting my life to help control my epilepsy 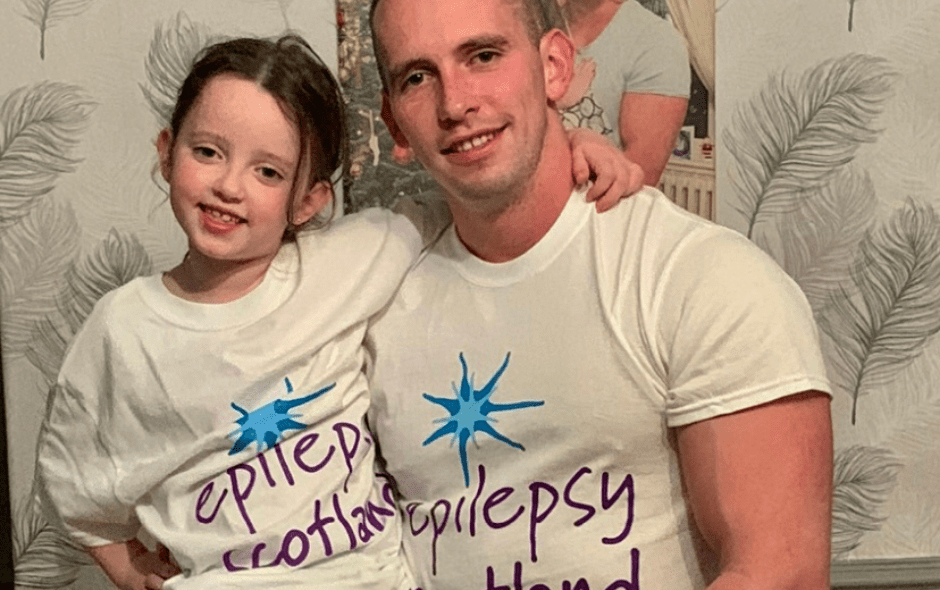 Philip was diagnosed with epilepsy when he was just 17 years old. He shares how he felt about being diagnosed, the challenges he has faced and how he has adapted his life to help control his epilepsy.

How did you feel when you were first diagnosed with epilepsy?

If I am being honest, I can’t remember how I felt when they first diagnosed me with epilepsy.

I do know I was 17 at the time and I was going through a lot anyway as most 17-year-olds go through and because of that, I didn’t feel too many emotions.

I didn’t know anyone or hadn’t done any research into epilepsy at that point, so I didn’t quite understand what it really was, as far as I was concerned `you fall and get back up again`.

It really took a while to really sink in, and it was only after four to five bad years of seizure activity, did I realise how challenging a condition it is.

I know that sounds baffling that it took so long, but I had only just become a dad in 2015 so was concentrating solely on getting used to fatherhood and the years prior to that my seizure activity was relatively low and I didn’t adapt any of my thinking/attitude, until I decided to in March 2021.

What type of seizures did you have? How did it affect you?

Prior to the age of 17, I used to have absence (focal aware) seizures which meant I was still conscious during these episodes and because of that it was easy to hide them.

I would feel them coming on with a 45-60 seconds warning (aura) then go into a room alone or go to the toilet to hide them, and then the feeling of ‘drained, confused, lethargy’ would pass after a short period of time.

Looking back, I feared anyone seeing them and I knew something wasn’t right but chose to ignore it as I thought everyone suffered from these ‘feelings’.

Then when I took my first un-conscious (grand mal) seizure while playing football in 2010 and got taken to hospital that was when I was diagnosed and had to open up about the absence seizures. Following on from 2010, any seizure I had was also a grand mal seizure.

It is difficult to put into words the effect it puts on you, and your life and those around you such as family and friends.

Before becoming more aware of my condition and controlling it, what I can say is that you don’t realise how much it affects/affected you until you speak about it to someone and open up your feelings.

The first and the most challenging was getting out of the stage of denial and accepting the fact that I had epilepsy and only recently in March 2021 did I accept it fully and begin to change my life for the better, that is 10 years since being first diagnosed!

The second most challenging, and the one that was primarily causing the constant high amount of seizure activity when I was younger was the ‘waiting for the next seizure’ at the front of my thoughts.

Thankfully, for me, I don’t suffer from the top two anymore, I don’t ever look at the challenges as bad things, I strongly believe the more you overcome things the stronger you become.

About six years after being initially diagnosed (2016) my seizure activity was very high, and the MRI scans had revealed a benign tumour in my left temporal lobe.

Having had two weekly stays at the hospital, a seizure in the hospital during an EEG, they could see from the results that the tumour was one of the biggest factors in producing the seizures (at the time and for the next three years, we thought it was the main factor).

They decided to operate, and I granted them permission to remove the benign tumour.

I can honestly say hand on heart that I wasn’t feeling scared about the thought of brain surgery, I was just really excited at the thought of not having seizures anymore.

However, the closer it came to the operation, the more stressed I became and this led to further seizures on the build-up to the big day.

On the 5 Oct 2017 (two days after having three seizures in a 24-hour period) and after a further MRI to make sure it was still safe to do so after the recent seizures, they successfully removed the benign tumour, and I began the journey of being three years seizure-free.

This was great, I foolishly thought they had cured my epilepsy, and the days of seizure-free became weeks, then became months then finally years.

It is only now looking back I believe you hold the key to minimising the chance of a seizure, no one else and nothing else.

How did you feel when you had a breakthrough seizure in October 2020, January and March 2021?

I can safely say during this period of October 2020 – March 2021 these were the most challenging.

I had been seizure-free for over three years, before the surgery in Oct 2017, I was having seizures monthly if not weekly, and to go from that to three years free was amazing.

Also, I felt like I had finally got a life that I wasn’t on a ticking time bomb, and I foolishly thought it had cured my epilepsy.

The episode in Oct 2020 was horrific and unfair on my daughter (Rosie) who was five at the time.

Rosie hadn’t been aware of my condition because every episode I had previously she was only one or two years old so couldn’t remember anything, and looking back I accept I should’ve told Rosie about my epilepsy.

I was still in a state of shock when the other seizures occurred in January and March.

The seizure on 1 March 2021 was a turning point for me. I can vividly remember sitting thinking about the seizure activity and recalling the numerous trips to A&E before surgery and thinking about the impact that would have on Rosie if I was to go back to anywhere near seizure level prior to surgery.

That is when I decided to control my epilepsy instead of letting it control me.

Of course, no one can ever say they won`t ever have a seizure again but I know if I have done the basics right as well as educating myself on positive life, it would rapidly minimise the chance of it happening again.

How did you adapt your life to control your epilepsy?

From 2 March 2021, I started reading books on positivity, health and wellbeing, mindset training, and putting all that information into my daily living.

Physical exercise helps to make you feel happier and more energetic. Thankfully I have also been quite a physically fit person due to going to the gym and playing football regularly.

Taught my daughter a lot about epilepsy so if anything did happen, she would be more aware of it, and it has been proven a child who knows about epilepsy is much calmer if the incident ever did occur against a child who wasn’t aware.

This will also help her in later life if she sees someone having a seizure.

I also drink very minimal amounts of alcohol, I have never been a big drinker, on the odd occasion I do drink now I make sure I take water with me, and the next day just relax (excuse for a lazy day!).

And finally, began to enjoy every minute of every day and realised that the happier and more positive you are about life, the more it reduces your chance of having a seizure.

I have also been happy about life but hitting rock bottom like that in March 2021 was the wake-up call I needed to control my epilepsy instead of it controlling me.

Firstly, take ownership and acknowledge the fact you have epilepsy and treat it.

If you take ownership of your epilepsy, then you are thinking positively about medication/meals/sleep/water/life.

Have a sit down with a family member/close friends and look over the last few days prior to your last two clusters of seizure(s).

Trust me when I say thinking with a positive mindset, working with it not against it, putting a huge smile on your face both inside and out will keep the chances of having a seizure at a minimum.